The sealing problem can be described as the ability to control the flow of fluid between two different media, which has a common boundary. While there is a significant relative movement of the boundary surface in dynamic applications, there is no such movement in the static state.

“Reducing the functional gap” may come across as one of the sealing solutions. This requires machining with very precise tolerances and is costly. Separate elements used to reduce these gaps are called "sealing elements". A gap between functional surfaces, no matter how small, always allows fluid molecules to pass through this region. For this reason, sealing cannot be thought of as stopping the molecular flow precisely. Instead, it would be more appropriate to use this flow in the sense that it is kept at a reasonable level. Leakage or leakage is defined as the amount of fluid that normally flows out of the system through the sealing element. However, in some cases, the flow of fluid outside the system into the machine can also be described as leakage or leakage.

It is the diffusion of gas or vapor molecules smaller than one nanometer dimensionally through the small spaces in the system, even though they are a sealing element.

• Flow due to pressure difference:

It is the most common type of fluid leakage in applications. Liquid oil leaks that may occur due to pressure difference occur with dripping or normal liquid flow. In the flow created by the pressure difference, the oil leakage rate increases with the pressure gradient and decreases with the viscosity of the fluid, unless another parameter changes. Classification Of Sealing Elements 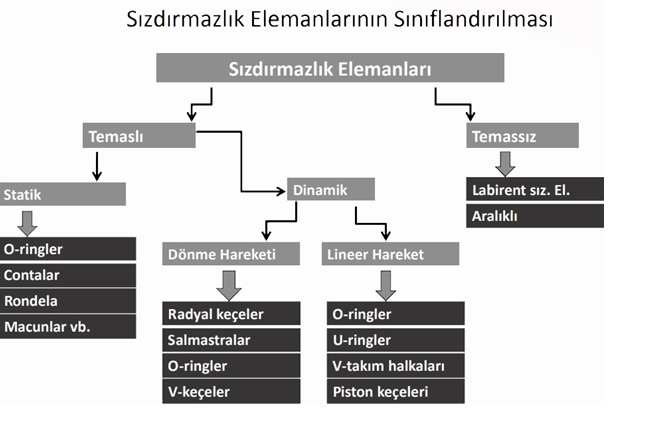 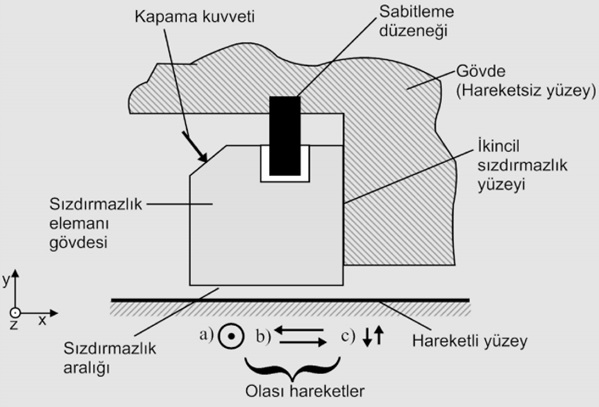